Where is my order? Check Here

Pi (π 3.14...) is a much beloved mathematical constant worldwide. Mathematically, pi is the number of times a circle's diameter (center line) will fit around its circumference (perimeter).

Pi is never-ending. It is irrational and a series that is non-repeating, that we have found so far. It can never fully be realized, which is why many believe it to be the most intriguing number in all of mathematics. Pi now has over 10 trillion known digits, which would take a person roughly 316,887 years to recite without stopping, at one digit per second In 1949, it took ENIAC (Electronic Numerical Integrator and Computer) 70 hours to calculate 2,037 decimal places of pi.

Though pi is never-ending, in practice one doesn’t actually need many of its digits. For example, the circumference of the Earth can be calculated to a precision of 1 centimeter with just the first 10 digits of pi. .

In 2009, the United States House of Representatives declared March 14 (3.14) to be National Pi Day. They passed resolution HR 224 to celebrate the importance of math, science, and education in our lives, while sparking interest in learning.

Through its promotion of National Pi Day, piZone seeks to simply remind the public of the importance of a strong STEM (science, technology, engineering, and math) education as a vehicle that inspires ongoing innovation in the upcoming generation. Our future will be influenced by educated efforts of today's students. Understanding and valuing this relationship encourages us to focus upon educating and motivating students. A well educated workforce will utilize technology, to drive innovation, which will create a better life for all of us!

Pi Day is now celebrated throughout the world, even in countries that don't list the month and day in that order. The official Pi Day celebrations begin at 1:59 (ideally at 26 secs). Yet this year it will be an epic event. For on 3.14.15 at 9:26:53 the digits of the date and time correspond to the first 10 digits of pi. It happens once every 100 years, probably a once in a lifetime occurrence!

Albert Einstein was born on March 14th (Pi Day). We wonder if he noticed that connection.

Sheldon Cooper, from The Big Bang Theory, recited 1000 digits of pi when he was in kindergarten.

The TV show, "The Big Bang Theory," has an episode that is titled, "The Einstein Approximation," and is numbered 3.14.

In Carl Sagan's novel, "Contact," pi played a key role in the story. The first 6 digits of pi are Ellie's office safe combination (314159).

Spock on Star Trek, played by Leonard Nimoy, used pi to bring down an evil computer by commanding it to calculate to the last digit of pi. 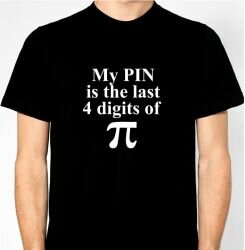 At the O.J. Simpson trial, the defense attorney challenged the credibility of an FBI agent by asking questions about the actual value of pi.

One slice of a 14" Domino's Extravaganza Feast Pizza with Classic Hand-Tossed Crust has 3.14 grams of Ash.

Pi is the number of times a circle's diameter will fit around its circumference.

Pi is the king of mathematical constants worldwide. Many believe pi to be the most intriguing number in all of mathematics.

Pi is never-ending. It is irrational and a series that is non-repeating. It can never fully be realized.

In 1949, it took ENIAC (Electronic Numerical Integrator and Computer) 70 hours to calculate 2,037 decimal places of pi.

Now, pi has over 10 trillion known digits, which would take a person roughly 316,887 years to recite without stopping, at one digit per second.

It takes 31 digits until a "0" finally appears.

If the circumference of the earth were calculated using pi rounded to only the 9th decimal place, an error of no more than one quarter of an inch in 25,000 miles would result.

Over 4,000 years ago, the ancient Egyptians calculated the area of a circle using a formula [(8d)/9]2 where 'd' is the diameter of the circle. This formula gives an approximate pi value of 3.1605.

In 1949, it took ENIAC (Electronic Numerical Integrator and Computer) 70 hours to calculate 2,037 decimal places of pi.

Many countries do not get to officially celebrate Pi Day. Their dates are written in their calendars as Day Month Year (March 14, 2011 = 14 March 2011).
Yet, they do still celebrate Pi Day, and also Pi Approximation Day (22/7).

Pi in the Sky

nationalpiday.org supports this dynamic one day Pi art display with Pi-centric website highlighting the value and importance of science and math in the innovative, tech-focused, geek-celebrated Bay Area. An artistic presentation of sky calligraphy, called Pi in the Sky (created by ISHKY and performed by AirSign), the world's largest ephemeral art installation, occurred on Wednesday, September 12, 2012 around the Bay Area of Northern California, and again on March 14, 2014 above the heads of SXSW attendees.

At 10,000 feet, five synchronized skywriting planes drew the first 1000 digits of the infinite sequence of pi (3.14152653) – the ratio of a circle's circumference to its diameter. The event was a community-building civic art experience, yet it also underscored the importance of math and science in our lives.